The rain was falling so hard and fast outside that my dad had both his hands gripped tightly to the wheel of our rental BMW, as he navigated us along wet country roads. Tuscan valleys swung out on either side of us, hillsides dotted with tall Cypress trees and rustic farmhouses, each one framed by its own wrought iron gate. The clouds hung heavy over the hills; covering everything in soft, grey light.

Initially, it had been my idea to embark on this expedition, to spend ten days together in Italy, a country I’d dreamt of visiting since childhood. My main preoccupation had been, typically, with the food. Just thinking of Italy I’d start to salivate over all the pizza and ripe tomatoes I would eat, the bruschetta drenched in olive oil and the creamy seafood linguini, all washed down with a glass of Chianti wine.

And yet, while indisputably living up to its reputation, I quickly came to see that Italy is so much more than just its food. 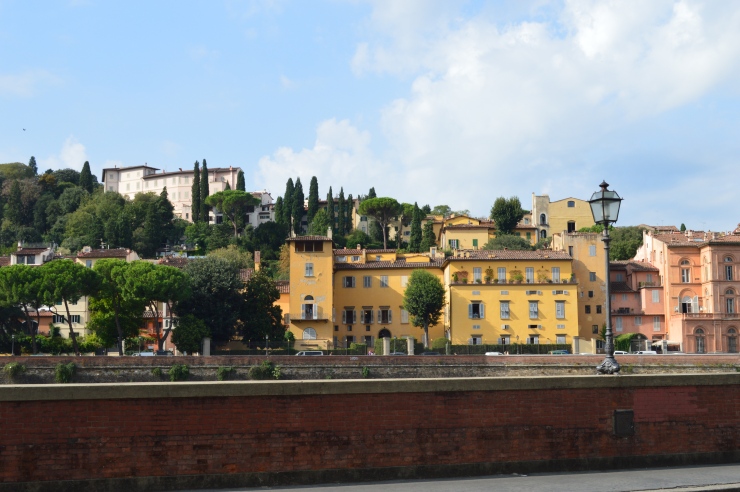 My dad and I had taken a trip together; just the two of us, only six months prior. I couldn’t help but hope we’d started a new tradition. Our first adventure was to Ecuador, where I’d spent the better half of the past two years living and working, and from where I’d just moved. That time I had planned our itinerary, driving us around in my old ’94 Daihatsu, from the impossibly high Andean city of Quito, into the Amazon jungle, ending off our adventures in the cloud forest. The trip had been momentous for our relationship, transforming the bond between father and daughter into something it had never been before, a more profound, open and honest connection.

Before my mother was diagnosed with dementia five years ago, I don’t think either of us ever foresaw a future where we’d be taking holidays together, without her. We’d gone as a family every summer, to her hometown in Canada, where my parents had bought a wooden cabin by a lake around 30 years ago. This year would be the first year that our little cabin in the woods would remain uninhibited, the first year that we opted for a different kind of trip, a place perhaps not so steeped in memory and missing, somewhere new.

And so we met up on a crisp Sunday morning in the city of Lucca. Lucca has that kind of old familiar charm one typically envisions when they think of Tuscany. Piazzas, old churches, museums, restaurants, and romantic alleyways make up this microcosm of Renaissance-era history. We cycled around the wall, climbed to the top of a tower that looked out over a hundred terracotta rooftops, ate thinly sliced Carpaccio and people-watched for hours. 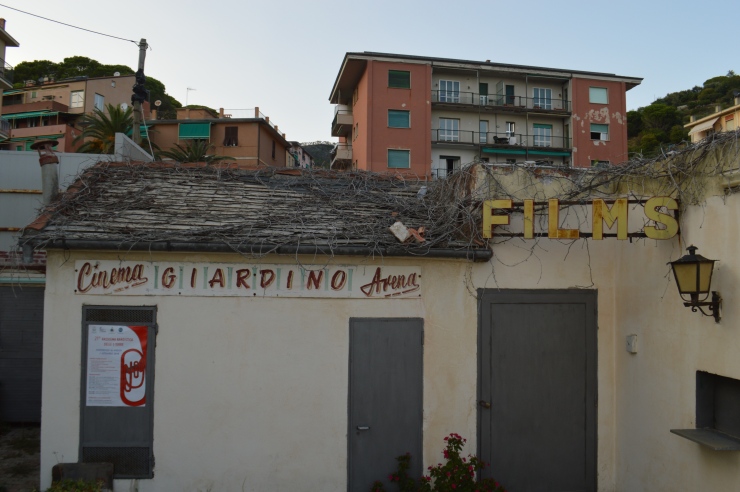 The following day we boarded a train to the sea. Big windows offered front row seats to the verdant highlands that make up the Northern Italian countryside and as we traveled closer to the coast I was overcome by a familiar sensation of calm, the same feeling I get whenever I’m near the ocean. An hour and a half later we rolled into the terminal of Manarola, one of the five towns that make up the Cinque Terre.

If you’ve ever seen a post-card of the Italian coastline, chances are you’re looking at the Cinque Terre. It’s a chain of rugged hillsides and protruding cliffs dotted with brightly coloured houses that look set to crumble into the surf at any moment. White sheets flutter from balconies while old ladies and their languid cats peer through peeling shutters. Souvenir shops and gelato stores line the streets, while tourists nurse cold beers in small seaside cafes. Young couples walk hand in hand while old men play checkers on plastic beach chairs by the shore.

We were staying in an AirBnb at the top of the hill that jutted out over the glittering Mediterranean. Our first afternoon was a haze of swimming, tanning and napping and then when the sun fell below the horizon and hunger beckoned, we took a train to the neighbouring town of Vernazza, where little boys played table football in the square and holidaymakers ate fresh mussels under colourful umbrellas.

The next morning, we headed to Monterroso, the last of the five towns. Here we stayed in a wonderfully kitschy old hotel, which appeared to be stuck in a 70’s time warp. A large women dressed in a flowy kaftan greeted us at the desk, postcards from every corner of the world plastered across the wall behind her. After checking us in she thrust beach towels into our arms and pointed us in the direction of la spiaggia (the beach). We spent the day lounging on deckchairs as Italian mamas conversed (read shouted) around us, children frolicked in the sand and men in tight speedos played suduko, all while the ocean glittered its bright aquamarine blue.

Next was Florence, known as Firenze to the locals. Here we stayed in a slightly shabby hotel just outside of the city centre, which meant daily walks along the canal, trying not to succumb to the stifling August heat. It quickly became evident that these two days would be devoted to art as we trawled through the Uffizi, devouring statue after statue and an amusingly causal number of Botticelli’s, Michelangelo’s, Da Vinci’s, Raphael’s and Giotto’s. The Uffizi holds one of the most impressive art collections I’ve ever seen, and by the end of it our feet were physically aching, to which my dad remarked, “The Uffizi equals sore feetzies”, (a classic Dad joke if I ever did hear one). 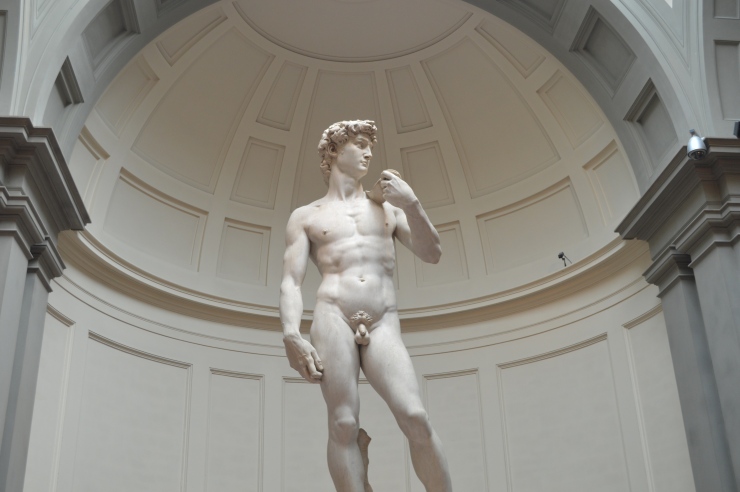 From Florence, we hired a car and drove through Tuscan villages and small towns stopping for a light lunch of antipasto and white wine. We stayed two nights in the medieval town of Siena, which much like Lucca is embellished with squares, ancient churches, narrow alleyways, and cobbled stone streets. Our apartment had a balcony that overlooked the famous Piazza del Campo where a horse race is held twice a year. We sat here drinking in the sunset, watching tourists and locals milling together on the streets below. 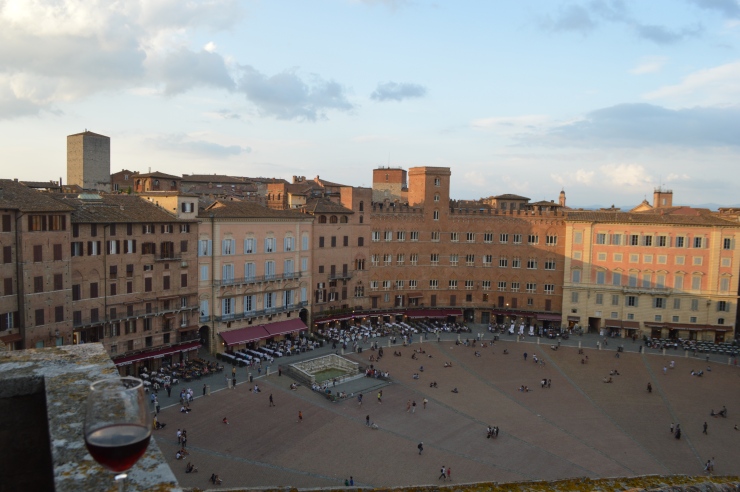 The final leg of our trip was a slow drive through the Tuscan countryside to Rome. As we travelled along tortuous roads, passing old Gothic towns propped precariously on the edges of mountainsides; I began to reflect on the value of taking a trip like this. Granted I could clearly see the privilege in getting to spend ten days exploring Italy, but it was deeper than that. To take time out from the routines of everyday life, to sit and share stories with my father, sip shots of Montenegro along the Ligurian coast, converse about life on long train rides, and drive through the countryside as rain fell from the sky and music seeped from the car stereo, it felt important. It felt like an amalgamation of moments that would quickly turn into memories, memories I’d share with my own family one day. Uninterrupted time getting to know my father. I could feel the value of the moment I was in, while still in it. 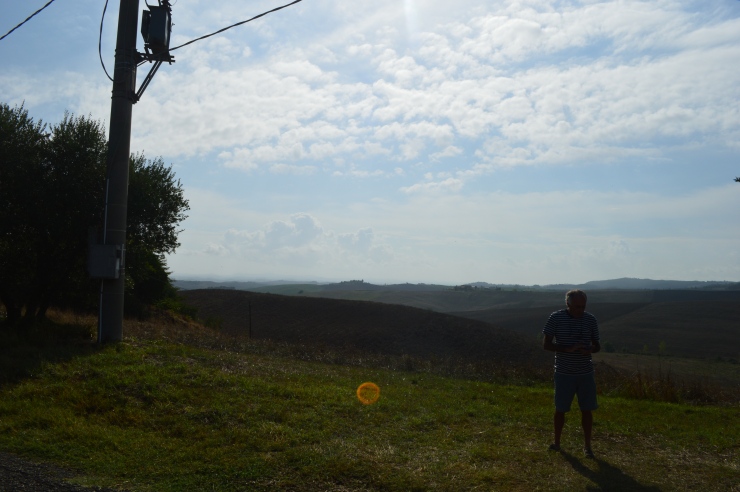 I have reason to think that this newfound closeness between us might not have formed where it not for the gaping loss that has shaped our lives. Granted, nobody could ever fill the void that constitutes my mother and yet there is something to be said about the honesty that is so often born out of loss. It has opened us up. It has made us aware of the fragility of life, the fleetingness of time, the value of memory. Going on these trips together, sharing space, none of it can bring her back and yet it satiates something in me that has felt empty for a long time. It makes me feel safe, protected. I suppose that’s all a person who loses their parent really aches for. To know someone is there, to know someone is still looking out for them.

Our last two days in Rome consisted of all the typical tourist sight-seeing, the Trevi fountain, the Coliseum, the Vatican and the Sistine Chapel which goes without saying is one of the most remarkable feats of art I’ve ever experienced. On our final night, we were exhausted, shattered from maneuvering through the maze of tourists and absorbing all the food, art, wine and classical beauty that is Italy.

But, as I sat there on our final night, devouring my last pizza and glass of red, a feeling of warmth and optimism surged through my body. I suddenly wasn’t that afraid to move to a new city on my own. I wasn’t that nervous about this enormous change and new chapter. I felt excited, grateful. This trip has engendered me with an even deeper sense of love and appreciation for my father, for who he is, what he has endured, how he has surmounted every mountain in his life. To me, this trip was symbolically regenerative.

It’s as if somehow I feel more courageous just knowing where I come from. 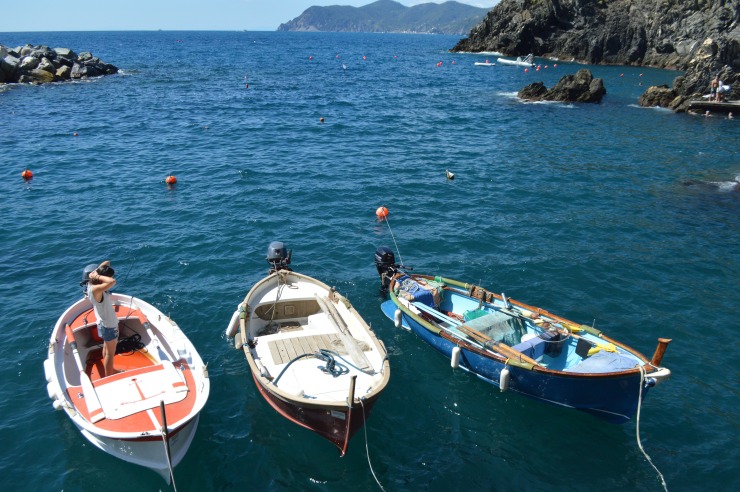