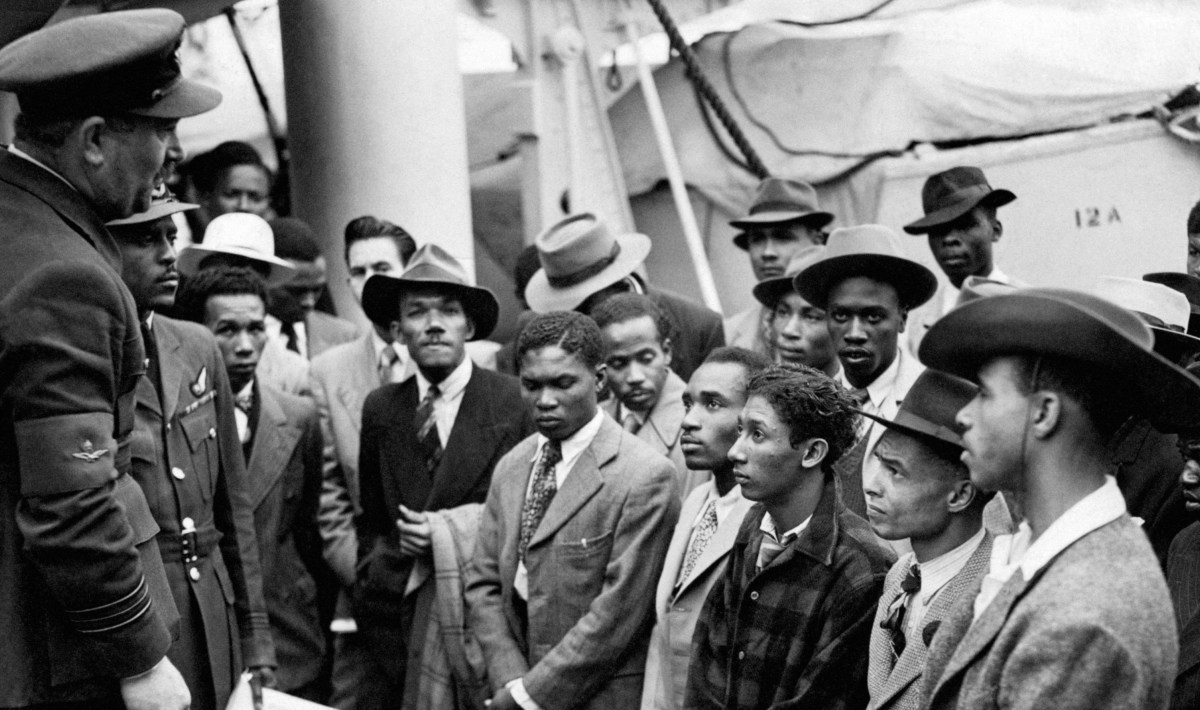 File photo 22/06/48 of Jamaican immigrants being welcomed by RAF officials from the Colonial Office after the ex-troopship HMT Empire Windrush landed them at Tilbury. A group of MPs has referred the Home Office to the equalities watchdog over the Windrush scandal, urging an investigation into whether British citizens were unlawfully discriminated against on the basis of their race.

The UK celebrates its inaugural Windrush Day today, with local councils hosting events supported by a £500,000 government fund. But campaigners said more still needs to be done to remedy the harm caused by harsh immigration policies.

“I believe that the government needs to do more to support cultural organizations, especially from the African and Caribbean community,” said Charmaine Simpson, the head of Black History Studies (BHS), an organization which tours the country giving talks on black pride.

Simpson thinks the grant is not enough.

“Not only in terms of funding but buildings, infrastructures…I believe that every young black person should know about their contribution to society throughout history,” she said.

Last year, the government announced an annual official Windrush day to honour the contribution of Caribbean immigrants to British society. Between 1948 to 1970 around half a million people, known as the Windrush generation, arrived in the UK from the Caribbean, beginning with those who disembarked from the HMT Empire Windrush on 22 June 1948. They had been invited to help rebuild post-war Britain.

Due to the immigration rules of the time, this Caribbean diaspora didn’t need official documentation proving their legal status in the UK. Decades later, this led to hundreds of people being falsely labelled illegal immigrants and facing deportation and detention under then Home Secretary Theresa May’s “hostile environment policy”. This was designed to deter illegal immigration.

The government has since tried to rectify the damage by setting up a £200 million compensation scheme for victims.

However, the scheme is still not in place and while those affected felt confident last year their situation would change, many are still struggling financially.

Home secretary Sajid Javid offered another apology last week, and sent letters to 46 people who had been unfairly penalised by the Home Office.

An array of celebrations are taking place across the country today from educational workshops to street parties, exhibitions and theatre productions.

“It [Windrush day] will cement in the national consciousness the important contribution of those who travelled from the Caribbean to Britain 70 years ago to build a better life and participate in making Britain a stronger nation,” he said.